What are different types of products to assure quality in-home water supply?

Different types of products are designed through the process that aims to guarantees the highest safety standards for water and ensures a taste that favorable for drinking as per water quality products.

The process of water purification

First of all, water is carefully collected and received by stainless steel pipes from a local well or municipal water supply. After this quality testing of the source is regularly conducted to check for abnormalities in the water supply. It involves removal ofchlorine and THMs (trihalomethanes) through an everyday checked activated carbon filtration process. Then water softener is used to reduce water hardness.

Then another processcalled demineralization removes unwanted minerals through the processof reverse osmosis or distillation and water received in storage tanks is checked on a daily basis,and selected minerals are added to cater to consumer taste preferences. In case of pharmaceutical grade, micro-filtration particles are removedas small as 0.2 microns size,and it is also capable of removing potentially microbiological contaminants,and this should be removed on hourly bases.

Ozone disinfection is the third disinfection step,and it is done by using a highly reactive form of oxygen. Thisis checked on an hourly basis. In this process, the filling room is highly hygienic to ensure bottling is conducted in a microbiologically proscribed environment and this method is continuously checked and controlled.

Wrapping quality assurance is then conducted by human inspection,and the latest modern equipment is designed to ensure the removal of any packaging defects.

The chemistry behind the designing of products

An attentive idea derived from physical chemistry is so significant in the water treatment process that water treatment facilities hire many chemists to analyze the quality of the water and watch over its treatment. The most elementary chemical principles in water treatment are solubility of water. It is crucial to understand that which contaminants are soluble and which are insoluble resulting in the formation of suspensions. To determine how they can be effectively removed the Insoluble contaminants can usually be removed by a physical separation process, including screening, sedimentation, and filtration of water under a controlled environment. The physical processes used may be supported by chemical processes, such as coagulation, that help to lure the suspended particles.Soluble contaminants that must be removed by chemical methods that turn them into insoluble that water also contains, so that they can then be removed by physical resources, such as sedimentation and filtration,etc. in generating insoluble precipitates with the dissolved contaminants. As a result, solubility strategysuch as thisislisted in the overture to this experimentcan be instrumental in choosing the proper reagents and water quality productsrequired for water treatment.

Concentration is the second critical chemical concept used in water treatment that involves the amount of a substance contained per unit volume. It must be carefully measured that how much amounts of contaminants are there in the water supplytypically by using chemical analysis methods to determine whether they fall within acceptable ranges and how much of them must be removed. In this case understanding of concentration is also needed to calculate the proper amount of a treatment chemical that must be added to get the desired effect inthe method of treating the water.

In most of our populations, the water that reaches our home, trade,andindustry is clean and free from contaminants that prevent from the water's appropriateness for the use of human being. When treatment facilities in some populations do not sufficiently treat the water to make it safe to drink and appropriate for other uses then in such conditions, special treatment procedures are in work,and they are easy and user-friendly. These treatment methods include treatment of the water that occurs at the site where the water is to be used and utilized.In this category two of the most common types of such easy treatment methods are water softening and adsorption filtration that are in use.

For household use, water softeners typically use a different process from the precipitation reaction known as ion exchange method. Ion-exchange devices containa bed of plastic beads covalently bounded to anion groups, for example -COO. Then negative charge present on these anions is balanced by Na+ cations attached to them, water containing Calcium and Magnesium is passed through the ion exchange device, the Calcium and Magnesium ions are more attracted to the anion groups than the sodium ions. Consequently, they replace the sodium ions on the beads formed, and so the Na+ ions depart into the water in place of the Calcium and Magnesium ions.

Regrettably, people suffering from high BP or other health problems such as diabetes and hepatitis mustconfine their intake of sodium for the reason that water softened by this type of ion exchange contains many magnesium and sodium Na ions, people who have limited sodium intakes should avoid drinking water that has been softened inan above-mentioned way.Now a day’s several new techniques for softening water without introducing sodium ions are beginning to appear on the market,and the progress is on the roads of success as per water quality products.

Most of the harmful chemicals that are present in drinking water that is unsafe or unpleasant to drink leached into the water from lead pipes or organic molecules that produce offensive odors and tastes can be removed by adsorption-filtration devices that are installed at the taps for household uses. Powdered activated carbon filters are present on these devices that absorb the offending contaminants in the water. The contaminants are strained out of the water exiting the device through the filter. Once in a while, the filter must be replaced so that it does not become blocked and futile. 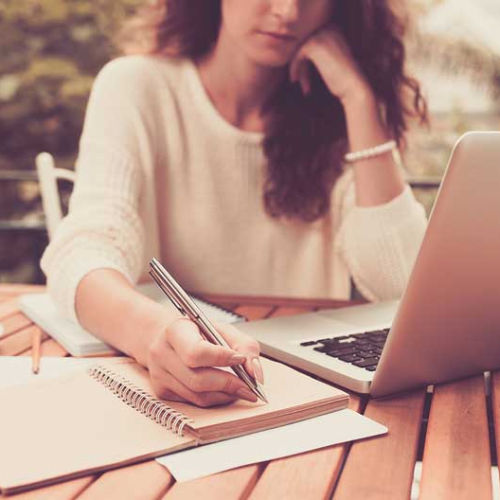 7 Tips for Making the most of your Small Bedroom