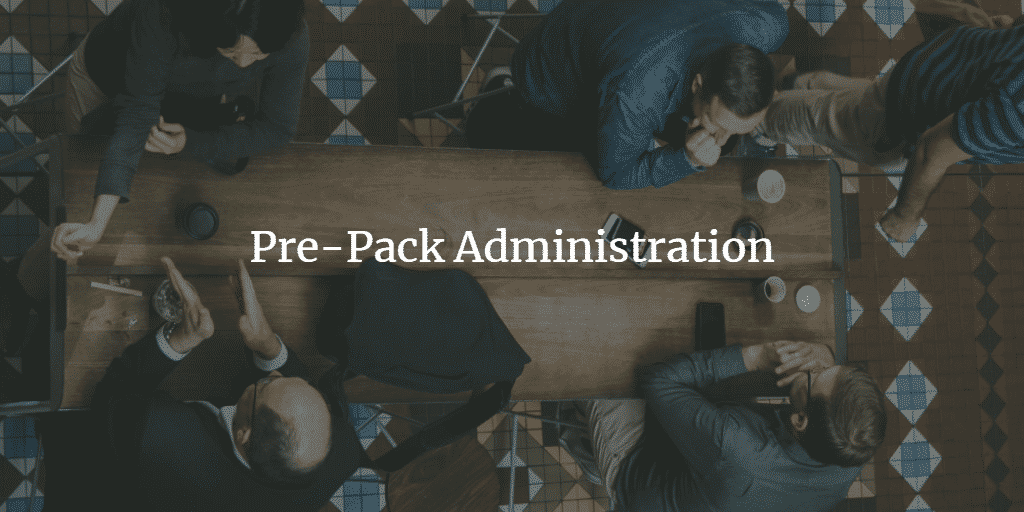 In simple words, pre-pack administration is the quick sale of assets of an insolvent company. It is a formal procedure through which the company sells its asset to a pre-determined buyer before appointing an administrator. The negotiation for sale takes place before the appointment of the administrator.

Third-party or trade buyers purchase the assets. But usually, the directors of the distressed business buy those assets and trade under a new company name. The procedure of the pre-pack administration should be in the interest of the creditors. Thus, the evidence of such decision making is to be made available to them.

When is pre-pack administration appropriate?

It is a complicated and costly process, thus, usually adopted to resolve issues for large companies. It works when the business is in distress mode and cannot operate at its best capacity. There is no support from the suppliers, and the creditors are no longer ready to fund.

In such a deal, the sale of assets from the insolvent business is pre-arranged by an insolvency professional. After this arrangement of sale, the company goes under administration, and the administrator will look after the sale. The assets are bought at the market value as determined by the independent professional valuer to make sure that creditors receive the highest possible return. Under a pre-pack deal, with the sale of assets, employees’ rights also get transferred.

1. The rapid sale of assets

With alternate routes to insolvency, pre-pack administration is the best adopted by distressed companies. Under this process, the sale of assets takes place rapidly, which results in higher returns to the creditors. The sale takes place as the business gets into the administration stage, and arrears of payments are cleared.

In this type of insolvency set up, there is a quick and smooth transfer of business that allows continuous trading thereby. The business sold as a “going concern” means that it’ll function unabated. This adds up to the success of the new company and protects the customer goodwill as well.

The costs associated with trading the business in an insolvency situation is quite costly. The administrators can avoid incurring the trading costs once the company transfers its assets to the purchaser. The costs related to a pre-pack administration is lower and result in better returns to the creditors.

4. Degree of control maintained by the directors

The directors of the insolvent company have control over the business during the pre-pack process, which is not the case in other insolvency processes. Selling the business to a purchaser who is familiar with the business and its operations will increase the probability of success. Acting on the lessons learned regarding the failed business could be of benefit to the company.

A quick sale of assets ensures repaying the creditors on time and maintaining the reputation of the business. Unlike other forms of insolvency processes, the pre-pack process avoids an adverse effect on the brand image. When the brand image remains intact, the new company has a better chance to stand, the job remaining intact and improved cash flows.

Reduction in the trading operations of the business results in job losses. One of the main reason to opt pre-pack process is to preserve jobs. Securing employment is beneficial not only to the employees but also to the business as it reduces the value of unsecured and preferential claims in the insolvency.

Criticism of a Pre-Pack Administration:

The insolvency professionals test the market condition and look for potential buyers. As per the rules, the sale of assets cannot take place in an open market. This is a concern for the creditors as they might feel that the maximum value for the assets and business aren’t achieved due to the nature and timing of pre-pack processes as the marketing opportunities are limited.

3. Unethical view on the pre-pack process

The public perception of such an insolvency process may create a feeling of mistrust. There could be a loss of consumer goodwill if they come to know about the pre-pack procedure. It could be an arduous task to renegotiate contracts with the suppliers and obtain credit, and also suffer a loss of trade.

Pre-pack administration is the resort to preserve the goodwill of the distressed company to arrange for a smooth transfer of assets to new ownership. Despite these criticisms, the pre-pack process is the most relevant insolvency solution that provides a better outcome than other procedures. To make this process viable, “time” is of utter importance.

Disclaimer: This article is for generally information only and full professional advice should be taken before taking any action.