HomeFood & DrinkWhat Are The Top Hottest Pepper In The World?
Food & Drink

What Are The Top Hottest Pepper In The World? 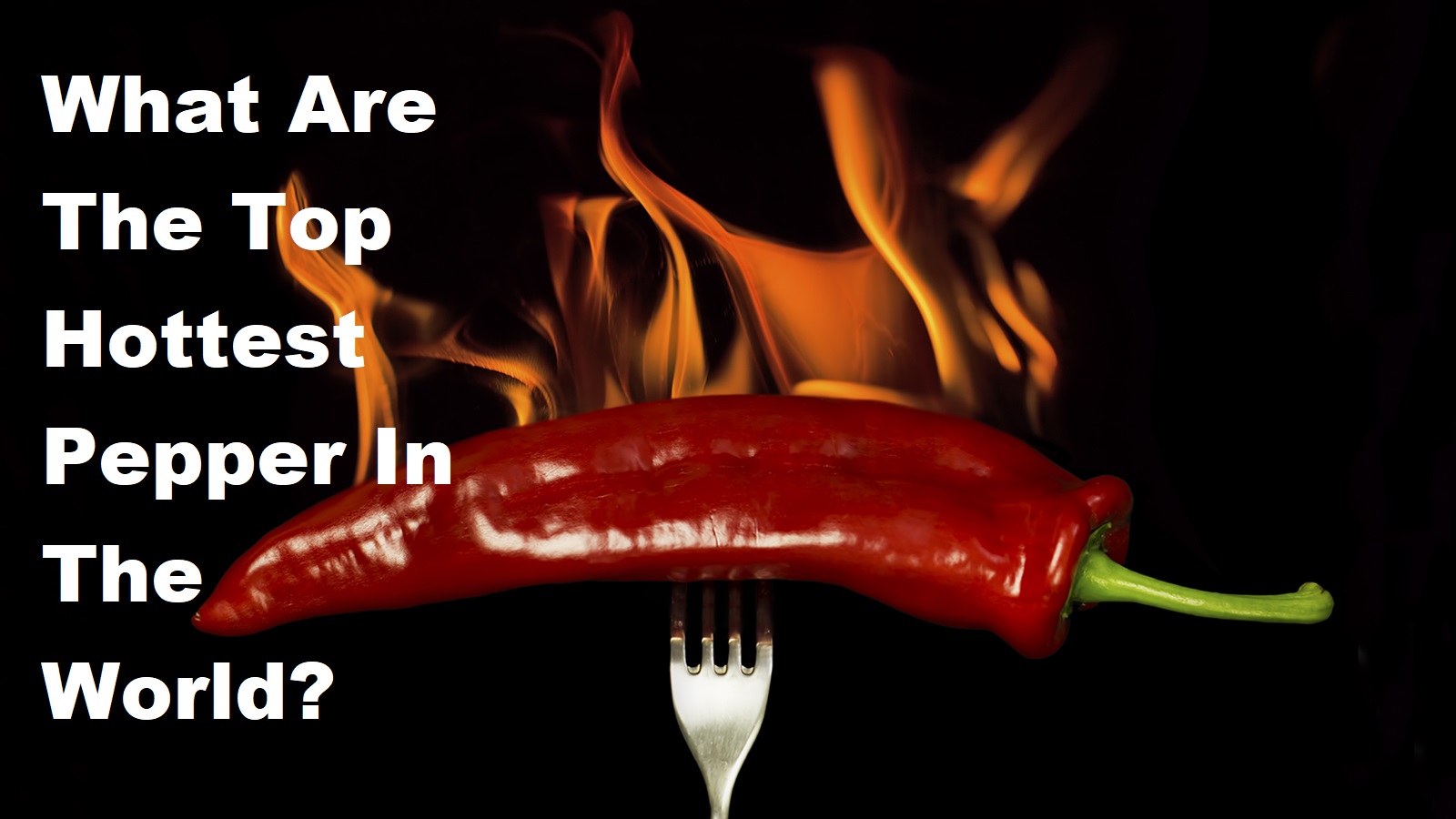 Spicy foods are among the most popular options at many restaurants and to cook at home. Everyone has different levels when it comes to their desired amount of spice. Some people enjoy a smaller level of spice in their life in the form of a light hot sauce or black pepper. However, there are many others that want an intense level of spice beyond simply hot sauce packets or jalapenos. Various scales out there now compare and rank different peppers to figure out which ones provide the most bang for your bite. At the most extreme, there are some peppers that can be considered dangerous to eat if you just bite into them without restraint. These usual come with a warning, whether they are sold in the form of the pepper itself or as a hot sauce.

We will look at the spiciest peppers in the world as ranked by the respected Scoville Heat Unit. Many shows in pop culture along with credible restaurants and chefs use the Scoville Heat Unit as their reference for how spicy each individual pepper is. Do not get it wrong: all these peppers are extremely spicy and are not for the faint of heart. However, some of them rank extremely highly above the others as being the all-time spiciest peppers. Find out just which ones even the spiciest eaters must be cautious with, and which are just extremely hot. These are the hottest pepper in the world.

The spiciest pepper in the world is the Carolina Reaper. It has held the spot for about five years now after being engineered in the United States. The state of South Carolina was where this pepper was created, hence the Carolina Reaper name.

A unique look for the pepper even shows the scorpion tail found in some of the other spicy Trinidad peppers we have already covered. It is extremely dangerous to take a bite out of the Carolina Reaper as with most on the list. If you are bold enough to want to try the spiciest pepper in the world, the only safe way would be in a hot sauce, and even that is risky.

Trinidad deserves the crown when it comes to creating the spiciest peppers in the world. The Moruga Scorpion is the hottest pepper in Trinidad and the second overall in the world for good reason. It is described as having a fruity taste beneath the intense level of spices.

The Moruga Scorpion pepper held the record as the spiciest pepper in the world for many years and was the first to break the 2,000,000 ranking on the Scoville Heat Unit. Spicy food enthusiasts in Trinidad love the idea of adding an extremely tiny dash of the Moruga Scorpion to any dish they want hotter. Only the true spicy food lovers can handle it.

The Trinidad Scorpion Butch T pepper is not technically another Trinidad pepper. It happens to be the cultivar of the Trinidad Scorpion pepper and was created in the United States. Missouri’s Butch Taylor is responsible for this one. His passion for hot sauce has him owning Zydeco Hot Sauce.

Past interviews have indicated that gloves, masks, and suits are required when cooking the pepper due to how hot it is. The Trinidad Scorpion Butch T is certainly dangerous if used in the wrong way. No one should try this unless it has been blended lightly into a sauce or meal, used in a smaller percentage among all the spices involved.

The 7 Pot Chili pepper was referenced earlier as a spicy one in Trinidad. It comes as no surprise that the Chocolate 7 Pot is the sibling pepper of the chili one. This pepper is another one from Trinidad that is popular across the Caribbean in various countries there.

Another name for it in Trinidad is the 7 Pod Douglah, as multiple people refer to it by different monikers. The Chocolate 7 Pot pepper can be found in many of the popular pepper sauces used in Trinidad as condiments on countless meals.

The Naga Viper is the next absurdly hot pepper on the list. It is a unique and one of the world's hottest peppers that is a combination of three already established ones. The Naga Morich, the Bhut Jolokia, and the Trinidad Scorpion all merge to form the Naga Viper.

A human creator is the only one with access to creating the Naga Viper as he owns the seeds. There is a waiting list of over several thousand folks requesting the seeds. All these factors tell you just how hot and rare the Naga Viper is to try. The bad news is you will likely never get to try the Naga Viper, but that is also the good news for your tongue.

How are this year’s dairy trends impacting the hospitality industry?

5 Yellow Fruits, their Characteristics and Benefits

The 5 Most Common IT Problems Your Company Faces