What is Telegram and Why You Should Use it in 2022 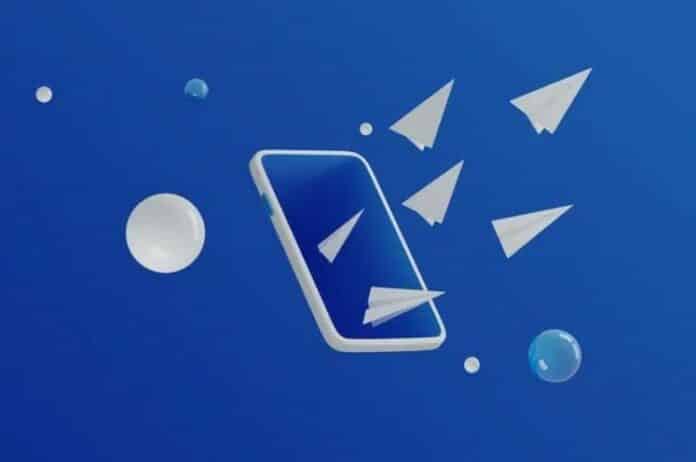 Telegram may appear to be the underdog when compared to well-known instant messaging programs like WhatsApp or Facebook Messenger. With a user base of almost 300 million, the Russian platform, on the other hand, is everything but. If you're not familiar with it, you might be asking yourself a few questions right now.

What exactly is Telegram?

Telegram is a cloud-based instant messaging tool that was first released in 2013 and has subsequently amassed a sizable user base. Pavel and Nikolai Durov, two Russian brothers best known for inventing the social networking platform VK, developed it (formerly VKontakte).

The software has two chat options: a secret chat with end-to-end encryption and a standard chat that is encrypted in the Telegram Cloud. It runs on iOS, macOS, Android, Windows Phone, Windows, and Linux, among other mobile and desktop operating systems.

Telegram's popularity, particularly among millennial and Gen Z users, sets it apart from the competition. Many of my friends use it, and they justify their decision by claiming that it is safer than other (Mark Zuckerberg-owned) instant messaging programs like WhatsApp or Facebook Messenger.

That isn't always the case, though. For example, WhatsApp uses end-to-end encryption in all of its chats, whereas Telegram only uses it in its private talks. So, what's the secret of its success? What makes Telegram different from other similar apps? The answer is found in the app's MTProto Mobile Protocol, which I'll go over in detail in the section below, where you'll learn everything you need to know about Telegram's encryption process.

The software has two layers of strong encryption, according to the official Telegram FAQ section. Server to client encryption is available in private and group cloud chats, while client to client encryption is available in secret chats. Every single item of data is encrypted in the same method, which means that text, files, and media are all encrypted in the same way.

Between the server and the client, encryption is used:

At its most basic and broad level, how does Telegram work? Three distinct components make up the MTProto layer that deals with cloud conversations based on server-client encryption.

The technique by which API requests and responses are converted into binary messages is defined by the high-level component, or API query language.

The cryptographic component, often known as the permission layer, is responsible for encrypting messages before they are sent to the transport component.

The transport component specifies how the client and server send and receive messages using pre-existing network protocols such as HTTP, HTTPS, UDP, TCP, and others.

Encryption from beginning to end:

Telegram secret chats are different from regular chats in that they are encrypted from beginning to end. What does this imply for you as a user? According to the app's FAQ, this means that only the sender and recipient of a secret chat can view the messages. They can't be decrypted by anybody else, including Telegram employees.

A secret chat's messages can't be forwarded, and all nearby material can be programmed to self-destruct after a certain amount of time. Furthermore, if one of the participants deletes the chat, the other is obligated to do the same. This is possible because Telegram's secret talks are device-specific and not saved in the cloud. As a result, your data is presumed to be protected as long as your phone remains by your side.

It's no secret that the app has a reputation for being superior to other instant chatting apps. However, a quick glance at its Privacy Policy reveals that it takes a similar approach to every other similar business.

The information supplied under section 5 of the Telegram Privacy Policy, headed Processing Your Personal Data, appears to concern other folks I've seen writing about the matter (such as Restore Privacy's Henrich Long). Telegram maintains the right to conduct things with your data that may cause you to be concerned if you allow it.

Telegram lists two more potential data destinations in section 8 of its Privacy Policy, headed Who Your Personal Data May Be Shared With, in addition to the other people you choose to communicate with over the app. To begin with, Telegram shares its users' personal information with its parent firm and a group member that offers support for its services.

Telegram for running a business

Telegram has a lot of opportunities for creating private groups and monetizing your content. It is widely adopted by businesses in the niches such as crypto trading signals, forex trading signals, sports betting, e-learning and others.

You can use solutions such as Invite Member that will let you create your own membership business in Telegram in just 5 minutes.