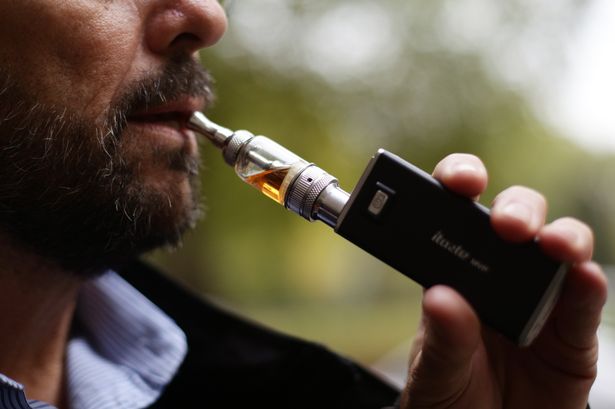 Vaping and E-Cigarettes are used as alternatives to smoking a traditional cigarette. They use e-liquids. These e-liquids are used with or without nicotine....

Both of them don't produce smoke and are considered better than tobacco. In most cases, they have almost similar effects on the health of users. However, there are some dissimilarities given below.

What is an E-Cigarettes?

Electronic cigarettes are created to imitate the look and feel of a traditional cigarette. E-cigs offer a simple setup with minimal parts. They use a chargeable or disposable battery, attached with disposable e-liquid cartridges. E-cigarette kits in the UK are proved to be best for people who want to switch from smoking.

When engaged with the power button at the device, or in some instances inhaling, the battery heats an element within the tool called the cartomizer. This is a small thing that consists of a heating coil wrapped in polyfill. The polyfill wrapping soaks up the e-liquid, which is then heated until it becomes vapor for inhalation. All this process takes a few seconds.

A "vape," is a device that heats a liquid to create a vapor you inhale. Vaping devices can range in form, size, and color. Gadgets produce an aerosol byproduct from heating a liquid that occasionally includes flavorings and different chemical substances that make vaping appear much less harsh than smoking. This liquid delivers nicotine, marijuana, or different chemicals to the consumer through a mouthpiece that is inhaled into the lungs and then expelled through the mouth or nose.

The main differences between E-Cigarettes and Vaping

·         An e-cigarette is a battery-powered device designed to emit vapors that are inhaled afterward. The battery is connected to a heating cell referred to as an atomizer and a cartridge that holds the nicotine and other liquid and flavorings. Vaporizers are indistinguishable from electronic cigarettes, other than e-cigs, they use a tank in place of a cartridge to keep the e-liquid.

·       E-cigarettes use pre-stuffed cartridges so they do not give you a variety of e-juice flavors. They just use menthol, tobacco, and mint to mimic smoking. Whereas, vaporizers are the most up-to-date addition to conventional e-cigarettes. They provide you with a wide variety of vape flavors including tobacco, menthol, desserts, drinks, etc.

·         The battery portion of an electronic cigarette regularly has LED connected to the end which is available in a wide range of sizes. Usually, the greater the battery, the longer the battery life. The battery is commonly the element onto which the e-liquid shipping systems are connected.  However, now not all e-cigs are rechargeable. Whereas, in vaporizers, rechargeable batteries are used that may be removed from the mod to charge it or replace it with an already charged battery. Traditional e-cigarettes have non-detachable batteries.

It’s difficult to assume how electronic cigarettes have developed into the advanced vaping gadgets of today. The e-cigarettes in the marketplace are doing great. And now with the extra advanced vaporizers into the league, vaping turns out to be the very close-to-smoking revel in you’ll ever have.

Understanding the Ingredients of Brow and Lash Growth Serums

An Ultimate Review on the Popular Types of Rolex Submariner Watches