What to do if TikTok is banned in the USA 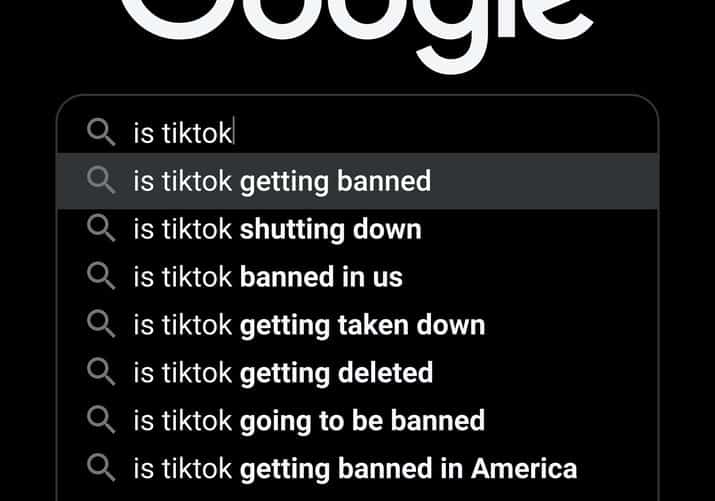 TikTok has blown past the Trump administration's deadline again, after a federal judge spared the app from a possible ban, on September 27. Smartphone users can still install and use the app, but its fate remains uncertain.

At the end of September, US District Judge Carl Nichols in Washington said that the Trump administration must either postpone the ban or file legal documents to defend this decision. The US Commerce Department's request for Apple and Google app stores to remove the short video sharing app was due November 12, 2020. Still, after judge Nichols held another hearing at the beginning of the month, TikTok has stuck around in both app stores.

So, what did happen?

November 12 came and went, and the US authorities have granted TikTok an extension to meet local laws. It looks like the US government has quietly let TikTok off the hook and it has another 15 days to convince security specialists it poses no threat to the national security.

Everyone expected November 12 to bring TikTok's end in the USA, according to the executive order, President Donald Trump signed this summer. For some, it may seem surprising that the court didn't agree with his order, but if we carefully analyze it, we notice that it didn't cover any consequences for the app if it misses the deadline to comply with the requests. The ambiguously written executive order is proof of the unique approach the Trump Administration had regarding the world's fastest-growing social media platform.

The 15 days extension doesn't bring any solution to the issues the company's facing because it still has to defend its proposed deal and Trump's desire to restrict American's access to the app. But at least the Chinese app has some temporary breathing room and can take further measures to protect its presence on the American app stores.

What led to a possible ban of TikTok in the USA?

To summarize the reason behind the possible ban TikTok may face, president Donald Trump and his administration have repeatedly attacked the app because of its origin, the Chinese company ByteDance created it. They claimed the app is a risk to national security because it can provide the Chinese government with the data it gathers from American users. After publicly attacking the app for months, the assault came to a head in August 2020, when Trump signed an order that supposedly banned TikTok from American app stores. Then he suggested that ByteDance can avoid the ban if they sell the app to an American company.

TikTok defended itself from the accusations stating that it doesn't pose a security risk because it stores the data on American users stateside, with a backup in Singapore. To prevent Trump administration from removing it from app stores, TikTok sued it in federal court, and the rest is history. To address the order, TikTok also signed deals with Walmart and Oracle to reorganize the company as a global venture with headquarters in the USA, and US investors for a majority of the ownership.

What should TikTok users expect next?

The short video sharing app has another two weeks to close the deal and convince national security specialists it doesn't provide the Chinese government with the data it stores. The entire process follows the same pattern; Americans can download and use the app, and the company is fighting to keep Trump administration's attempted ban at bay.

How can TikTok users bypass a possible ban?

TikTok is a popular app; Americans love it and don't intend to give up on using it even if the government bans it. But how can they continue to use it once it's removed from app stores?

The simplest way to bypass government restrictions and a political ban on TikTok is to install a VPN.

When using a VPN, they can download the app and access it while protecting their personal data. VPN services allow them to remain hidden so that no one can trace their location. According to Techshielder ExpressVPN is currently the best VPN for TikTok, but many other VPNs also works pretty well. Using a VPN allows them to use TikTok after a possible ban, but also protects their data and identity when accessing websites or using apps. It will enable them to stay anonymous online.

Another way to bypass a possible TikTok ban is to use a browser that hides the location, and access only content created for the desktop version of the app. To do this, they also need to use a router with WiFi that grants anonymous access to an Internet connection.

The Americans who have the app installed on their smartphones when the ban is put in place can still use it because it removes it from app stores. Those who haven't already download it and have Apple iOS can try to use an older iPhone or iPad because their app store may still include it. They also need to turn off location services and cellular data.