What exactly is a VPN? The acronym stands for Virtual Private Network, as CNN explains – and a VPN enables you to keep your data and online activity safe from prying eyes by connecting your internet-ready device to a separate server.

Hence, a VPN can prove very useful to security-conscious firms. However, with many different VPNs available, you might remain unsure which of these your own business should take up. Here are just five questions you should seek answers for when scouring the market for an enterprise VPN... 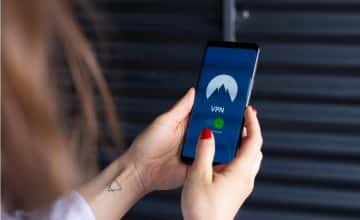 Where is the VPN provider physically located?

You could too easily assume the physical location of your VPN provider’s headquarters to be an irrelevant factor. However, it is actually crucial – because, as Entrepreneur Handbook warns, what happens to your data will depend on the provider’s location and the country laws applicable to it.

Some of those laws could, sooner or later, require the VPN provider to give up data they have garnered about your online activities and those of your business.

Can the VPN handle multiple users?

If your business is a one-man outfit, you probably won’t feel the need to ask yourself this question. However, you might still want to employ someone else at some point – and, as your business grows, there could be an increasing number of people who all need to use the VPN at the same time.

As you wouldn’t want someone accessing the VPN to inadvertently kick someone else out of it in the process, you should research how any VPN you consider can keep multiple users secured.

Is the VPN fast enough for your company’s needs?

Those will include both its current and future needs – as, after all, your business could yet scale up and, as a result, need to accommodate a larger number of people.

It’s a good sign if a provider can cite specific figures answering the question of how fast its VPN is compared to other VPNs. Consider the example of Wandera’s Zero Trust Network Access solution, which the company says is four times faster than other VPNs and has 3.5 times the throughput.

Can the VPN be used with all modern operating systems?

These days, your workforce probably relies on using a wide range of devices – and, consequently, almost as many operating systems – in its day-to-day work. Obvious examples of such systems would include Android, iOS and Windows – but others, like iPadOS and Linux, are also worth heeding.

Therefore, you should look for a VPN capable of supporting any modern operating system in use by your business.

On the off chance that your VPN can permit you to choose the validation key size, you should choose a more modest verification key size to accelerate your VPN association. This is for open VPN and Tunnelblick programming customers.

Supplanting your VPN's host name with the IP address of the worker, can likewise accelerate your VPN association speed. Furthermore, running your VPN straightforwardly on a quicker CPU computer brings down the association time and subsequently making your VPN speed to be quicker, than running the VPN on a switch.

Keeping a steady association is likewise vital in assurance of how quick a VPN can go. It is consistently prudent to pick a VPN worker with minimal measure of information bundle misfortune and if conceivable 0 %.

Your firewall setting ought to be done such that will permit your VPN to stream freely. Albeit the firewall may not be restricting your VPN, it could be easing back the CPU speed while examining all network packets. It is likewise essential to utilize a decent internet service to keep a steady association.

Businesses can differ between themselves in exactly how they intend to use a VPN placed at their disposal. However, given the current work-from-home trend, it’s fair to say that secure remote access should be high on the list of must-haves in a VPN.

A good VPN will enable you and any other members of your business to securely access information – including enterprise apps, dozens of which the VPN should enable your company to secure.