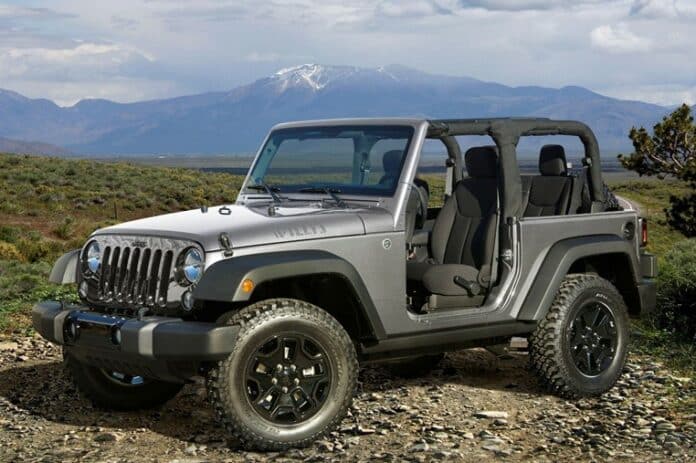 Few people can claim to love the outdoors and adventure lifestyle as much as drivers in the USA. This is one of the reasons why pickup trucks are among the top sellers year after year since few other cars offer the same level of versatility, capability, and dependability. However, these are not the only types of vehicles with a hankering to get down and dirty. Sports utility vehicles were originally designed with this in mind, and while many modern SUVs lean more towards being urban crossovers, there are still a few that remain true to their roots. Heck, some of the wagons that have managed to survive the near extinction of their species also boast impressive off-roading capabilities. So, with all these options to choose from, which is really the best, especially when you have to consider the longevity of a car once it’s already been owned for a while.

Though there are plenty of cars capable of venturing off the beaten path, only a select for are actually designed to completely dominate the wild. These include the likes of the Ford Bronco and F-150 Raptor, as well as the Jeep Gladiator. Their smaller size and focus on the driver and front passenger make them more engaging vehicles. However, there is one name that comes first in this regard, and if you’re buying used then the Jeep Wrangler JK should be near the top of your list.

This small SUV is all about playing in the dirt, and it lets you get up close and personal with the outdoors thanks to its removable roof and doors. A powerful V6 and manual transmission also ensure you are fully engaged in the experience. It’s also one of the most customizable cars in the segment. However, it does have a few downsides, such as terrible fuel economy, a low-quality interior, and really shoddy on-road ride comfort. The latter can be overlooked somewhat since that isn’t what we’re looking for. That being said, it would be nice to have a car that can do it all.

Fun for the whole family

If you want to share the joys of the outdoor with your partner and the little ones, you’ll want a vehicle with plenty of passenger space and cargo room to spare. The F-150 mentioned above can fit the bill if you opt for a bigger crew cab, but a more accommodating SUVw would better fit the bill. If you don’t mind splurging, the Land Rover Defender is a good premium choice. It’s significantly more affordable secondhand.

But, if you want to save some cash, then something like a Toyota 4Runner in TRD spec is also extremely capable. You can also get a fair bit of use out of the Subaru Forester in Wilderness trim. Neither is particularly impressive to look at, but they supply all the performance you need to blaze a trail. They can also double as everyday urban cars, similar to a crossover but just more rugged.

If SUVs aren’t really your thing, then maybe one of the few remaining wagons would be more your speed. The Subaru Outback and Volvo V60 Cross Country might not have as much ground clearance as their high-riding rivals, but they are sure-footed with standard all-wheel drive and are easy to pilot thanks to their sedan underpinnings. They also supply hard-to-beat passenger space in the rear seat and a capacious and easily accessible trunk.
buy penegra generic buy penegra online no prescription