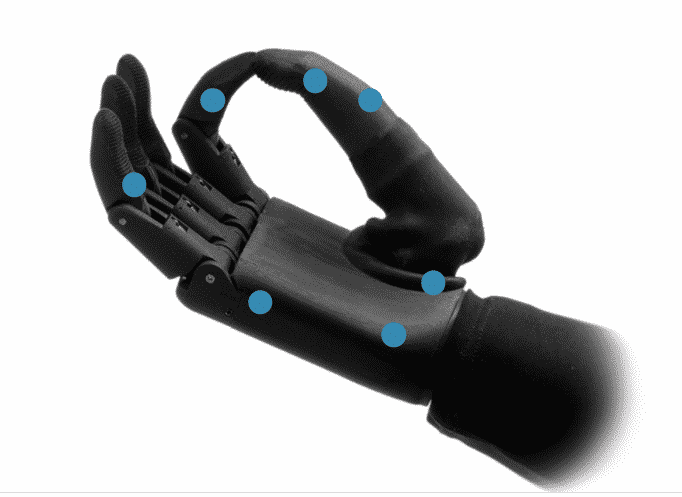 Regardless of the cause of amputation, any upper limb amputee who seeks to regain lost function following limb amputations may be eligible to receive a prosthetic arm, after careful evaluation and considerations. The objective of prescribing a prosthetic arm is to equip the user with all the required movements to perform activities of daily living, that cannot be performed optimally without a prosthesis.  Additionally, the prosthesis also aims to restore the normal appearance of the amputee, to enable reintegration into the society.

The sudden loss of a limb is distressing for amputees, no matter how old or young; but especially in those amputees who undergo sudden, traumatic amputations, therefore necessitating extensive counselling and discussion about the process of rehabilitation and determination of the person’s ultimate goals. Following the amputation surgery, the new amputee is likely to feel pain and will require time and support to get over the loss of the limb, complicating his/her recovery and the potential for positive rehabilitation outcomes. The clinical team must ensure that the amputee is well aware about the surgery, post amputation phases as well as about the process of prosthetic fitment, before the amputation is performed. The prosthetist should inform the amputee about the benefits and functions of wearing a prosthetic arm, as early as possible, following the surgery.

There are many different types of bionic prosthetic arm technologies available, with their own benefits for the amputees, some of which have been outlined below –

●       The prosthesis gives the amputee the strength to carry a certain amount of weight for manipulation and grip activities.

●       The prosthetic arm attempts to mimic the natural arm movements, as closely as possible, for optimal functioning

●       It allows the amputee to experience natural, regular reflexes

●       Prosthetic arms also aid in compensating for the body weight, this is advantageous in reducing different clinical deficits such as postural discrepancies, backaches, etc. that an amputee is likely to experience post-amputation.

●        The restoration of natural anatomy afforded by the prosthesis supports the patient and is a function on its own.

●        As the prosthesis restores the normal appearance of the amputee, it helps the amputee to be more confident and more socially involved, as attention is shifted away from the missing limb.

●        Using a prosthesis also relieves the amputee of the feeling of distress associated with limb loss as he/she easily reintegrates into the society, to lead a normal life.

THE NEED FOR EARLY INTERVENTION

Over the years, focus has gradually shifted to stress on the necessity of early intervention (application of some form of upper-limb prosthetic arm) for improving patient outcomes, within the first 30 days following surgery. Researchers have reported that early interventions have managed to successfully increase the acceptance rate as well as long term patient outcomes to almost 90% from initial acceptance of 40 only. These interventions can be in the form of immediate post operative as well as preparatory prostheses.

Early intervention provides the benefit of preserving patient functions along with the following added benefits:

●       Volume control which is extremely critical in the initial stages, post amputation

Reducing the high rejection rate of prosthesis in unilateral amputees who often get used to performing activities with a single hand and feel as though they do not require a prosthetic arm.