5 Reasons Why CodeIgniter Gets More Preference As A PHP Framework

Simple, user-friendly and mature framework, CodeIgniter it is!

“CodeIgniter is a powerful PHP framework with a very small footprint”

An open-source web framework based on PHP originated back in 2006, It has gained much hype in the recent times compared to all other PHP frameworks because it is extremely lightweight and plain-sailing to use! CodeIgniter has a straightforward installation process that needs minimal configuration and that really saves the PHP developers from a lot of hassles.

We at PHPProgrammers, a preeminent web solutions provider in Australia that let businesses hire CodeIgniter developers and other expert programmers are of the same opinion. After working on a number of frameworks for the past decades, we too hold the view that there’s no better framework than CodeIgniter to deal with web projects of any complexities.

If you count on the progress the framework has made in the past years, then there’s a lot to observe. Built exclusively for the benefit of web developers, it has a simple and elegant toolkit for creating fascinating web applications. And with over 300,000 live websites running now, CodeIgniter really reigns the market! 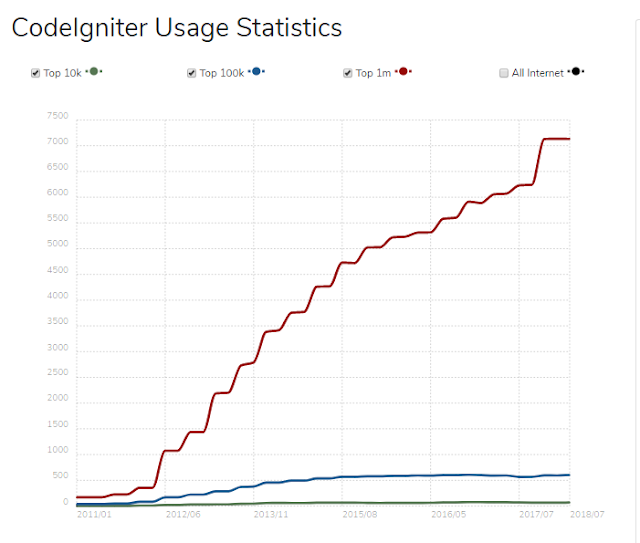 What really makes it a preferred Web Development PHP Framework?

Let’s just dive into the reasons.

Truly being one of the oldest or ancient PHP framework, it is really a mature framework that developers can really depend on bigger and complicated projects.

A lightweight framework, with little footprint, it has a streamlined the development process. Being highly efficient and having faster execution time, it attracts the developers and ensures that they have to write just what is needed. No bloating!

CodeIgniter is one of the rare MVC frameworks with simple configuration. The developers just need to install it initially according to the system’s configuration and then later by just opening the config.php they can load the database and library. Further, it goes by the agenda “Write once use everywhere”. So, the developers really don’t need to write the entire database every time in a new environment. 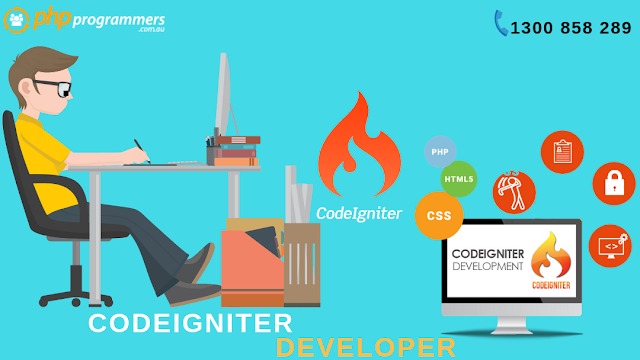 While PHP has always been helping developers with a dynamic web development process, and CodeIgniter is one reason for that. With very less code to be written, there are lots of time saved up which developers can spend on other fruitful aspects of the development, like the designing, UI elements. Further, there’s no need to look for any 3rd party libraries while using it for a new project as there are present by default in the framework.

While error handling is one of the grave concerns of the web developers and consumes away much time in the course of development, CodeIgniter solves it easily. As one writes a code, all the errors appear in a row simultaneously. So, he or she can spot and fix it right away. 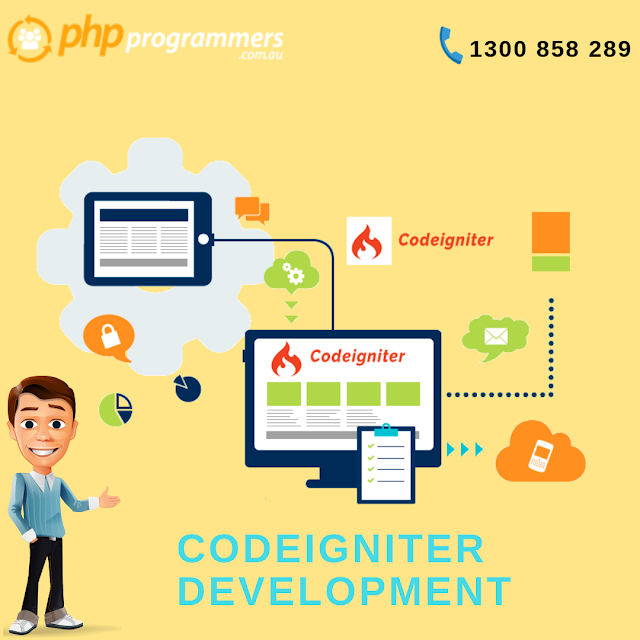 Security is of the highest standards

Every developer tries to build a website or application with the highest assurance of security. When you are using CodeIgniter as a framework, you can worry less about its security because it has some top-notch inbuilt features to safeguard a site’s database and other elements from breaches. Mainly focussed with output and input filtering, the features decrypt and encrypt of whatever data is been transmitted to and fro the site.

Well, organising files and applications that are needed to be implemented in a web project is extremely easy with CodeIgniter. It comes with folders and subfolders by default named as controller, model, view and config. So, you can keep everything sorted perfectly and within a hand’s reach.

Developers can relax when it is about testing the web project because there’s no hard process as such. They can test its functionality right from the start phase and keep evaluating it at every stage and fixing the glitches when found.

Truly a gem of all frameworks, CodeIgniter has lots to offer beyond simple configuration, easy usability and coding flexibility. With innumerable extensions and rich libraries, easy template solution and data validation, it is a sack loaded with magic tricks.

So, it is not wrong to say that CodeIgniter with its power-packed features has made web development a task of minutes!

As you build your website , don’t forget to check out the security tips we’ve detailed out in our earlier blog,

"Things About CodeIgniter: The Most Light Framework of PHP Known"

How Your Employees and PR are Related...

5 Ways To Improve Customer Retention and Have ...

Who Makes The Best Cooler For Fish Shipping?...