Home > Sports & Games > Why did they Kobe have 2 numbers? All about Kobe Bryant

Why did they Kobe have 2 numbers? All about Kobe Bryant 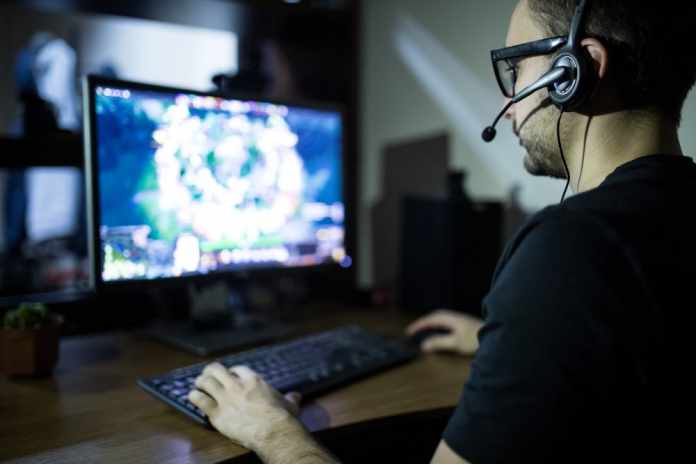 The previous year was havoc, the main reason being the social pandemic, but we lost some gems that had nothing to do with it. One of the biggest and tragic losses was of the famous NBA star player Kobe Bryant and his 13-year-old daughter Gianna Bryant with six others in a helicopter crash on 26 January. The news was unexpected and created a wave of shock and despair around the country, especially his fans and family. Bryant was a loved and successful basketball player, and people admired him; let us have some look inside his life and a much-asked question that’s why did Bryant change his Jersy number twice?

The famous basketball player Kobe with full name Kobe bean Bryant was born on 23 August 1978 in Philadelphia. His parents named him Kobe after a Japanese dish name.

Once, they were sitting in a restaurant and read it on the menu. Bryant was born in a catholic family, and his upbringing was in the same manners. He stayed religious throughout his life. At the tender age of three, Kobe started playing basketball and developed an affection for it. Kobe was regarded as one of the finest players of all time. Kobe played for the Los Angeles Lakers for his entire career life of 20 years. However. he was the first guard in NBA history to play 20 seasons. He gave himself the nickname “Black Mamba“ in the mid-2000s, and the epithet became popular amongst the public, and they adapted to it. Kobe also won the Academy Award for Best Animated Short Film for the film Dear Basketball.

Why did Kobe have 2 numbers?

It is known that Kobe changed his jersey number twice in his career. Bryant came

at eight first .initially, he chose it because it was the addition of his Adidas camp number 143 (1+4+3 =8 You see!!). It was the phase of his life where he wanted to prove himself that he belongs here in the NBA . even as a child, Kobe admired Los Angeles Lakers, and when Kobe was a part of it, he wanted to prove himself worthy. The number 8 was a charm. We all well know about the fact that he was successful from the very beginning.

Then later after few years, Kobe changed his jersey number to 24 for the rest of his career. The explanation that Nba star gave was that he had changed a lot physically and has mentally evolved positively. The profession is still meaningful but so is his family and daughters and other little things .so changing the second number was an acceptance that life has started with the next chapter.

Both the numbers turned out to be lucky for him. We know very well that Bryant has been successful throughout his career.

If we try to pin down the reason behind the two numbers Kobe Had, they were indicative of his two-phase. One was when he wanted something from NBA, which was the establishment, success and acceptance. The second was when he had everything. So there is a difference in the feeling of contentment and satisfaction. It also implies that he was satisfied with what he made out of himself with hard work. Later, he enjoyed other life perspectives with his career: his family, children, and maybe other little things that made him happy. Kobe was an inspiration for all of us and still is.
Indeed he will remain an idol for other NBA stars who are yet to come.

Kobe’s career flourished when his family returned to the United States. He used to play basketball at Lower Merion in

Pennsylvania. he received several national Player of the Year awards and set some records. Bryant decided not to attend college and was eligible for the NBA draft after completing high school. Shortly after that, he was a part of the Lakers team and became a second NBA player. Soon after that, he quickly secured a good reputation in the lakers and was later in his second season, how selected for an all-star NBA game and became the youngest in the all-star. Apart from NBA, the legendary Bryant also was a member of the gold medal-winning U.S. men’s basketball teams at the 2008 Beijing Olympic Games and the 2012 London Olympic Games.

Twenty-one years old Bryant fell in love with 17 years Vanessa Laine. After six months in the year 2000, the couple got engaged. Finally, in the year 2001, the couple were married in California. The family of Kobe were not in support of the marriage due to several reasons. Vanessa was a non-African American, and also she was younger than Bryant. In 2003 they had their first daughter, and in 2006 they had Gianna . The couple got divorced in the year 2011 but later gave birth to two daughters. Bryant was a Catholic and visited church quite often.

But last year, on 26 January, Bryant met a terrible helicopter accident and left this world with his beloved Gianna bryant the daughter, who also had a bright career in basketball. Vanessa and their other daughters with the family were shattered. Also, it was a loss to his fans. People showed their respects and tribute to the legendary basketball player and his daughter. It was a huge loss and cannot be compensated. But legends never die; Kobe Bryant will be immortal in NBA history and is an idol forever.

Undoubtedly, Kobe was one of the great all-time basketball players. Though he is no more with us today, we will never forget him for his exceptional games and inspiring life story. We hope this article was of some information to you. You can also refer to our other interesting Articles like Showbox Alternatives.