Home > Finance > Why ETH and BTH Are Solid Investments

Why ETH and BTH Are Solid Investments 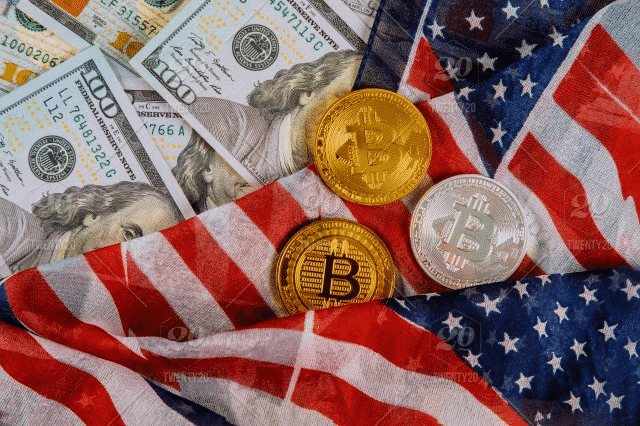 The crypto market is not quite on the bull run it was back in 2017 but it is certainly showing promise after months of a crypto winter! From the latest figures on cryptos such as ETH and BTC, it looks like cryptos are here to stay after all.

Whether you are a believer or not, the crypto market is alive and kicking, and there are plenty of people making money trading or simply sitting on their investments, and the 2 cryptos leading the way are ETH and BTC.

This year’s top performer is Ethereum. There are several reasons why ETH has made it to the top of this list. ETH not only gets here because it has risen from around US$125 to US$400 since the beginning of the year, it also gets here on merit.

The US government recently announced that banks can offer customers crypto custodial services. This is a fully regulated strategy to make sure that US banks are on top of their game when cryptos eventually do become mainstream.

Out of the 10 cryptocurrencies approved ETH was one of them meaning that this crypto is practically legitimised by the world’s largest economy. On top of this, ETH is also recognised in Europe and Asia!

It is one thing allowing ETH to knock bitcoin of its long-standing number 1 sport, but ETH’s performance is too good to ignore. BTC gets here on merit as well as price increase too.

It was recently confirmed that BTC is a ‘legitimate currency’ in a US Supreme Court. This was not a financial lawsuit in regard to BTC being legal or not, it was a fraud case against the owner of the Dark Net operated BTC exchange Helix. The defence claimed that the US does not recognise BTC as real money and therefore there is no case – the Supreme Court ruled BTC is real money.

Now a Supreme Court ruling of this magnitude sets the precedence for any future arguments against BTC becoming a mainstream currency alongside the US$, IN₹, EU€ or UK£. On top of this, BTC was also 1 of the 8 cryptos approved for custodial services offers to customers by US banks alongside ETH.

Are These Cryptos Safe To Invest In For The Future?

With the US government backing both ETH and BTC, these cryptos are not going anywhere. In short, they are here to stay for the long term and it is going to be very difficult to for any government to denounce them as they tried to do in the past.

If BTC is denounced, then this could change the verdict on an US$300 million court case which is unlikely going to happen. If anything, it looks like governments that were once trying to dethrone the likes of BTC from its 'better than gold' investment image are now trying to become the pioneering forces behind how these cryptos will be used in the future.

The US has long been against the idea of Bitcoin, but now it is with Bitcoin. Maybe this is just a case of if you can't beat them then join them. Other countries around the world are also seeing the light. Malaysia which has a population of around 35 million just announced it would now allow crypto exchanges to operate under regulations, while other SEA countries like Thailand and Cambodia already allow the use of major cryptos such as BTC and ETH.

If cryptos are becoming regulated, governments are taxing them, and banks are able to offer crypto custodial services, then this can only mean the prices of cryptos will stabilise. While cryptos like BTC that has a capped supply will likely rise in value tremendously as demand outweighs supply in the future. When this happens, then this could open the doors for hard fork cryptos of BTC such as BCH and LTC which are 2 more US custodial approved cryptos.

Just remember that right now they are cheap now compared to what they will be worth come 2025. However, that doesn’t mean you need to dive in now and get buying because cryptos could fall again. Yet, they may not, so even if you do invest now and they go down, the likelihood is that they will come back up because as of the last 2 months, cryptos have proved to the world they are resilient and that they are here to stay.

If you are tech freaks and you liked this info, then maybe you will also like digitogy.eu/nl/artikelen.

Tips For Choosing The Best Mortgage Lender For...

Which Loan Is The Best For First Time Buyers?...