Home > Home & Family > Why women find it hard to get along with their mothers-in-law.

Why women find it hard to get along with their mothers-in-law. 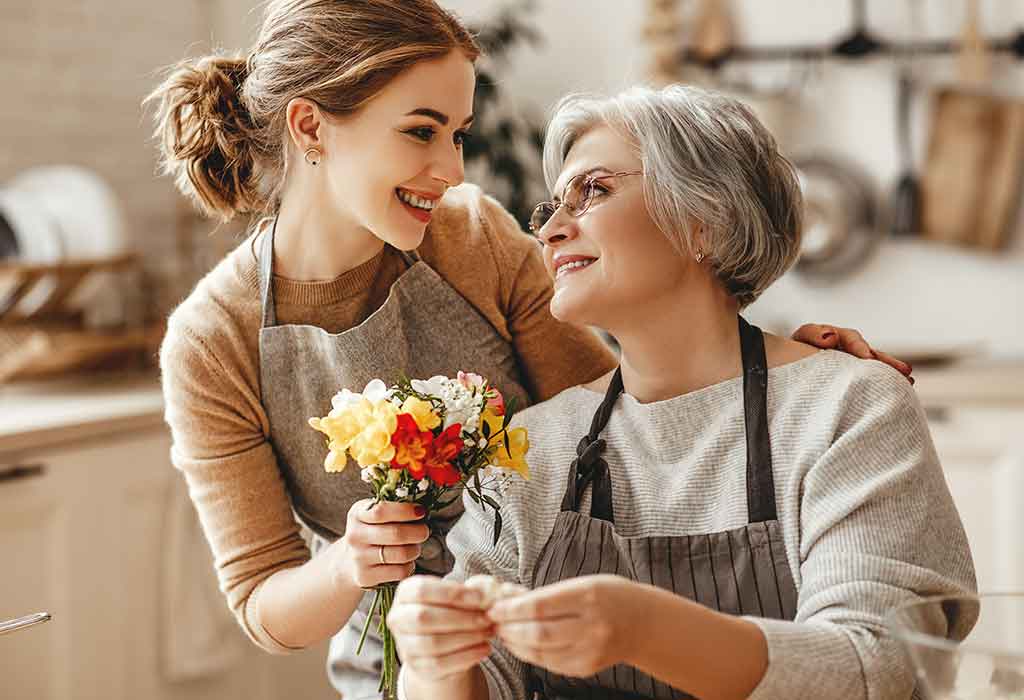 Let us see the reason for the squabbles between a wifey and mother-in-law.

When it comes to family life, the most difficult to maintain is that between mother-in-law and daughter-in-law. Although it is likely for these two women to share a close affinity, it is not strange for it to become overbearing (or toxic), with the rollercoaster of emotional imbalances being silently battled frequently. The use of the word 'toxic' might make you think how lethal the relationship between these two could get entangled with.

But why? If there's a dispute, at what juncture and on what justification should a mother-in-law and daughter-in-law be at loggerheads?

From my viewpoint, the answers are not far fetched on why a woman would find it hard to get along with her mother-in-law. The two women are competing over the attention of the husband/son.

The bond between mother and son is irreplaceable. Research has shown that if a son grows apart from the mother, his chances of becoming violent or unstable get conspicuous. The reverse is the case for girls. As female folks generally do not incline to become violent like their male counterparts.

Therefore, the emphasis on how boys need to be appropriately trained to be men is usually true when they come of age. But in their tender years, it is from the attachment to their mother he learns the basic requirements he will need to be man enough. At a single glance at his mother, he comes to grasp the real meaning of true love and care. That is to say; a man is not just a man through his genitalia. You want a complete gentleman, and it is only his mother that can hone his chivalrous skills as one.

You can't compare the strong ties a mother has with her son to mother-daughter bonds. A daughter will eventually grow into a woman like her mother. But a son matures more in contrast to a daughter. He holds on stronger to his role model, mentor, and peer group. During his adolescent phase of life, he bonds more with his father.

Thus, his mother's relationship with him then grows apart, although the bond he shares with her is still intact. Later on, there is a realization of the son now being a grown man with his mother.

This necessary splitting of a son from his mother is usually difficult for her to swallow. However, the pain of his leaving does not hit her right away. It surfaces during the nuptial ties of her son. She begins to feel replaced as the most important woman in his life.

This moment is an eye-opener for both the mother and the bride, just because of this singular act of marriage. This is the reason whenever there is a dispute: the mother is quick to transfer her aggression to the bride unconsciously; she feels her son neglected her. Moreover, she feels the wife is her rival.

I have seen how a sweet would-be mother-in-law of a woman suddenly started giving negative vibes after she gave consent to the wedding between her son and his new bride. Throughout her visit, the son could not understand what exactly went wrong between them—often leaving him exhausted from trying to settle the displeasure between his mom and wife. The husband/son is caught in the middle just because his wife finds it hard to get along with her mother-in-law. The mother expects him to be on her side, and the wife expects him to have her back no matter what.

The new wife of the man begins to find it hard to get along with her mother-in-law. She sees her as being too overbearing and remote controls her husband as she likes. So she becomes green with envy or feels betrayed. Moreso, she also wants to be the only woman in his heart! This causes a drift if the husband is still very much attached to his mother.

Frankly, I have some legendary suggestions for you, whether as a reader, you are the bride, the man, or mother-in-law, the first step is accepting reality.

A good mother should accept the fact that her son is now a man and a husband too. This means she should steer clear of any unnecessary interference in her son's home. She should not criticize the wife for her son to favor her more or use any sort of emotional blackmail on him.

Sons that have left their mother should completely cleave to their wife and use discretion so that their wives will not find it hard to get along with mother-in-law—consequently eliminating sewing discords between them. For instance, putting his mother first or calling her to intervene in his challenges at the slightest sign of trouble before his wife can lead to conflict in the home. Nevertheless, a man should still honor his mother but be in unison with his wife.

As for the wife, respect is a good way not to find it hard to get along with her mother-in-law. Moreover, she should be thankful she gave birth to her husband. Furthermore, she should also see the mother-in-law as her mentor. This would foster cohesion between them in the family.

However, if the mother-in-law is incapable of being separated from her son, the wife should be understanding and have mutual trust for her husband. So the marriage will not collapse in the process.

I will be signing off shortly. By the way, I hope this was helpful to you.

Stroller hacks that every parent needs to know...

8 Stages Summing Up to Nail Your Kitchen Renov...

6 Things to Add to Your Dream House...