Home > News > Why You Should Know About Mohammad Haris Nalapad?

Why You Should Know About Mohammad Haris Nalapad? 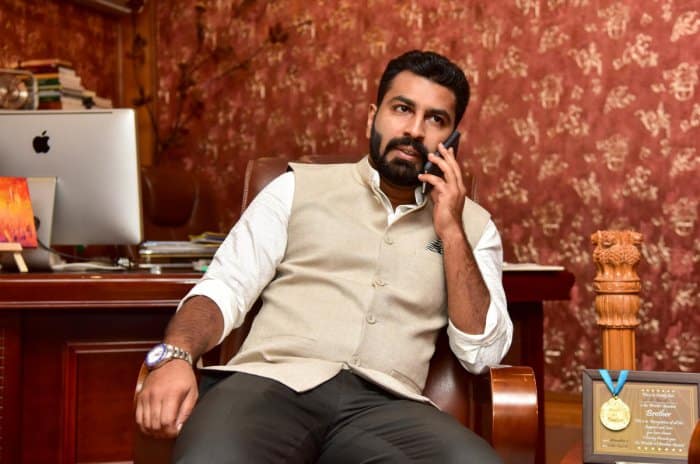 First, you have to know the origin of Nalapad’s family and the arrogant present before going into the session. In the initial stage, NA Haris’s father runs a shop selling buttermilk close to the Cantonment Railway Station in Vasanth Nagar. From 1960, Karnataka was still called as Mysore – NA Haris a man with no money and comes to the state from Kasargod. He went on to make a successful business in Karnataka. After some years later, his son and Nalapad Ahmed Haris get one of the big names in the Karnataka Congress and the wealthiest leader in the party. Let’s take a look at Mohammad Haris Nalapad details briefly in the upcoming segment.

NA Haris is a Bengaluru city youth congress general secretary and the center of a huge controversy in the state of Karnataka after supposedly assaulting a man at a city café. Nalapad has been barred from the state’s ruling party for six years. He become an MLA when he was 41, almost all part-leaders seek to be in his good positions, not only due to his interest in spending but also because he becomes someone to be feared.

The influence he attained in a short time has left everyone stunned. Haris gained popularity not only because of his connections with the high command but also because of his charitable ventures. The family owns N. A. Haris foundation provides funds to underprivileged children and even conducts job fairs. He helps so many people but it is shocking to hear that his son could have made something like that. When incidents come out, it’s a great chance for to people utilize this opportunity.

How Nalapad elucidates on drug link?

The Karnataka drug scandal has taken out the names of many actors and politicians who have been indulging in the use of drugs. There have been more noticeable on the drug racket, he visits the court has raised conjectures about whether he was part of the drug racket. At that time, he spoke Asianet Kannada and gave an explanation of why he visited the court. He said, there are several negative information on me that majorly affecting our business.

Harris clarifies that I visited the court to handover an application regarding the fake information. In another incident, the contest is said to have been Haris’s initiative and he was seated on the stage then took up the detail with Bengaluru Youth Congress vice-president D K Shivakumar. An argument occurred after promoting the State Youth Congress president and Nalapad to intervene.

When Mohammad Haris Nalapad joined the party, everyone in the party is against him because of the nature portrayed by the media. He informed party members that he will stand for the youth congress president in order to gain your support. Every member protest against him, but, he started the campaign with his supporters. Even after that also, he can’t able to get any trust among the public. So, he started thinking about how to make them believe in him, after that he started making lots of awareness camp among the students against the drug. During certain time periods, the Bangalore youth are under drug consumption in a huge sum. Even the governments can’t able to make it under the control.

Today, party insiders say that Congress leader is concerned about the future Assembly polls and are not standing by Mohammad Haris Nalapad as they did with Energy Minister DK Shivakumar when the IT department had raised his properties. He plays a major role in the party when the MLAs from Gujarat were ushered to Bengaluru. With Haris, it is completely different because his son assaulted the son of another wealthy man. Considering his issues to the high command, it remains doubtful how things will turn out.

What's The Difference Between Influencer And C...