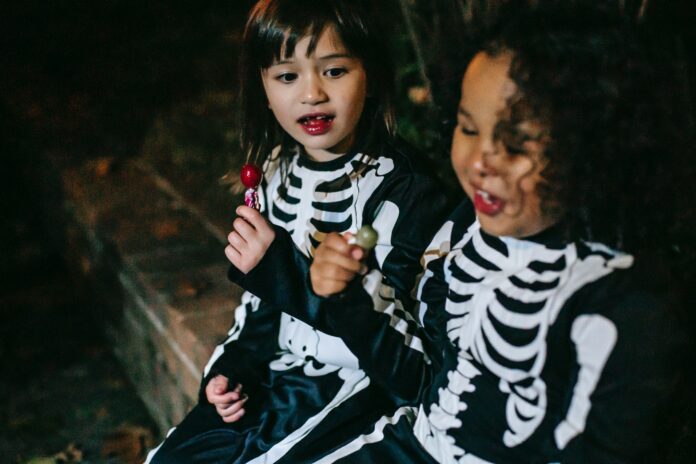 There is no doubt that superhero-themed movies have played an important role in the movie market over the past few years, and with the release of the Avengers series, the enthusiasm for superheroes is at an all-time high. Actually such love and worship of superheroes can be seen on Halloween, because when it comes to last minute Halloween costume choices only, most people tend to choose superhero costumes, so today I'm going to discuss the following 5 popular superhero costumes

Captain America? Who wouldn't want to be Captain America one day? It's a tough thing for me. Because you may think that what you lack right now is a Captain America Costume, but that's not enough, Captain America is all about whether you can face those unknown dangers in the future and stand up for what you think is right. Steve Rogers is considered by many to be the world's first and greatest superhero because of his courage and justice. Rogers has always had a noble and honest spirit and a firm intolerance of injustice and abuse of power. Sickly and self-taught from an early age, he had compassion for the innocent, no matter what his abilities.

As we all know, Spider-Man can be said to be a household name, people all over the world are attracted by his humorous personality. But for me, I was really moved by what he said to Tony Stark, "Listen, when you can do what I can do, but you can't. And then bad things happen, because of you." Aside from the other side of Spider-Man, Parker lives the life of a normal 16-year-old high school student. Parker is very concerned about his aunt May. He is a very smart science enthusiast and was able to invent and build his own Web shooter. He has a collection of science and comic books in his room, as well as his Spider-Man costume, which he hides in a small hatch in the ceiling. Who could hate this friendly superhero?

Some people can become superheroes mainly by their special abilities, such as Superman. Others, like Batman, rely entirely on their equipment to fight outlaws. Still others combine their power with their weapons to devastating effect. Wonder Woman, she's like a badass, she's got a whip. Technically, it's just a lasso, but it's amazing anyway, and she has superpowers, which means that when you put the two together, she's awesome.

To be honest, every time I mention the name Lightning, the words come to my mind: "Life is sport. If you're not moving, you're not living." But there comes a time when you can't run away anymore, you have to start running in a certain direction, you have to go forward. Move on. Even if your path doesn't shine, trust that you will find your way."

8 Reasons Why Using Phone Cases is a Smart Decision

How to go about buying Wholesale baby Clothes?