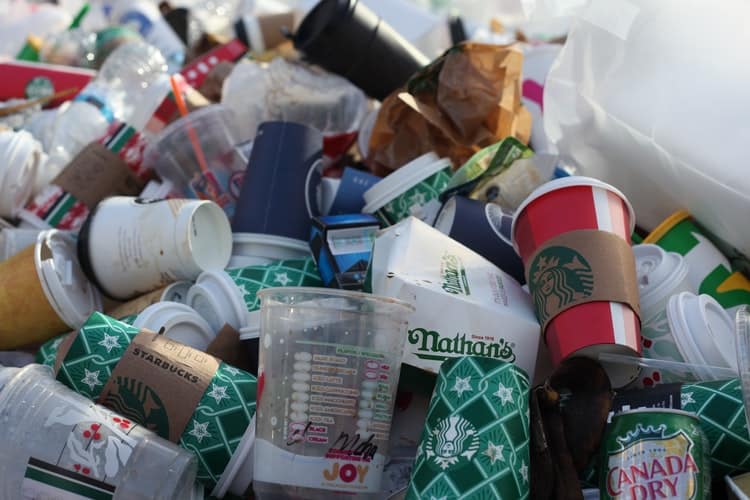 Waste disposals are the activities and actions required to manage waste from its origin to its final disposal stage. The processes involved in waste management are collection, transport, treatment, and disposal; some bodies are essential in monitoring and regulating how waste is disposed of at any particular time.

Waste occurs in various forms in different stages; this may include liquid Waste, Solid Waste, and gaseous Waste. All of these forms ofwaste are disposed of differently using other methods of waste management disposal.Garbage can be fromindustrial, biological, and household processes, and all pose a risk to human health. Humans can be affected directly or indirectly while handling the waste. Direct threats arise through consumption and among other human activities that revolve around their health.

Consumption is direct from the water, soil, and food; contaminated water is sipped through into the ground in which humans grow their food and, later on, consume food from water and soil rich in harmful mismanaged waste. Human activity, for example, the extraction and processing of raw materials. Waste management and recycling services are mainly intended to protect the effects of toxic waste on humans and the environment. Waste management processes vary among countries; more developed countries have up to standard disposal methods compared to developing countries. Proper waste management methods are quite expensive hence remains a massive challenge to developing countries.

This principle, mainly known as the 3Rs Reduce, Re-use and Recycle,  Waste hierarchy principle is vital in minimizing waste management strategies. The hierarchy is represented as a pyramid with necessary policies promoting the minimization of the generation of waste and seeks to encourage re-use of generated waste. The last part involves the recycling of the waste product.

Life-cycle of a product

The life cycle of a product is the chain from the inception, which is design followed by the manufacture, distribution. Then it joins with the waste hierarchy stages of reducing, re-use and recycle. All these stages in cycle design opportunities for prevention measures enhance ways to optimize the use of limited resources by only using what is required and avoiding the generation of unwanted waste.

States that the world economic growth cannot sustain itself on day-to-day production and consumption; humans use more resources to produce products than the world can fill up.  This principle aims to reduce the environment's impacts from the products' production and consumption from the basic raw materials to the finished good until they are disposed.

This principle dictates that the involved party for the pollution pays for the caused damage to the environment; this enhances parties use the proper waste management disposal services to avoid these hefty fines.

The rise of industrialization in modern times with the significant population growth has led to increased activities leading to increased waste materials production. The large population, mostly in urban cities with inferior waste management methods and inadequate sanitization, has led to solid waste, causing adverse effects on human health and the environment. In the modern era, authorities have been created to regulate how waste is being disposed of through municipal authorities. Waste from industries and households has been made easy to manage by forming even private companies and government companies that help collect and proper disposal of this waste.

Most countries have developed various methods of handling their waste. Developed countries have adapted to modernized waste trucks; this standard method is usually known as the curbside collection. In contrast, in non-urban settlement areas, waste is usually gathered at a  certain point where it is later taken to the disposal center. Automated vacuum tubes are also used in some countries where waste is transported in tubes from household and business premises to the disposal facility. Solid waste is then sorted out whereby most of it is recycled in large volumes, and the rest converted into energy sources such as biogas. Waste industries have come with a way of handling waste once in the station; most of them sort the waste and classify it into recyclables, composts, and landfill waste stored in bins with different colors to differentiate between the classifications.

The method of sorting out dry and wet waste materials; the separation is done so as the dry waste is recycled on its own while wet materials are used as compost. This method enhances fewer waste materials as landfill waste, reducing pollution of air and water on the environment.  Most countries have created awareness to their people, who help in segregating waste, and hence their communities remain free from waste disposals.

There are benefits and advantages of using this method as it saves on time and money as it does not require much labor in as the ones that do not sort out. It has significant advantages on humans and the environment because harmful and infectious waste is segregated and treated separately in their bins which are always labeled for easy identification.

There are a lot of harmful wastes from the industries. Hence, labeling is essential in cases like where nuclear waste is involved, which is very detrimental to human health and the environment.

It is a process where waste materials are buried for disposal at a chosen site. The method has been used since time immemorial, and it's being used up to date; primarily, the waste products are stacked in piles or pits are dug, and waste material is thrown inside and covered.

This method involves heat; solid waste materials are subjected to high temperature and are converted into gaseous form. This method reduces the volumes of solid waste materials mainly used by municipals and industries with large volumes of solid waste; once combustion occurs, most of the waste is converted into gaseous form, and residues of ash are as well left as waste. Most hazardous waste from biological, medical waste is managed by incineration, though it has its controversies due to the emission of harmful gases into the environment, such as carbon dioxide.

There are other forms of disposal methods which includes: