HomeAutomotiveIs Diesel The Only Way When Buying A Used SUV?
Automotive

Is Diesel The Only Way When Buying A Used SUV? 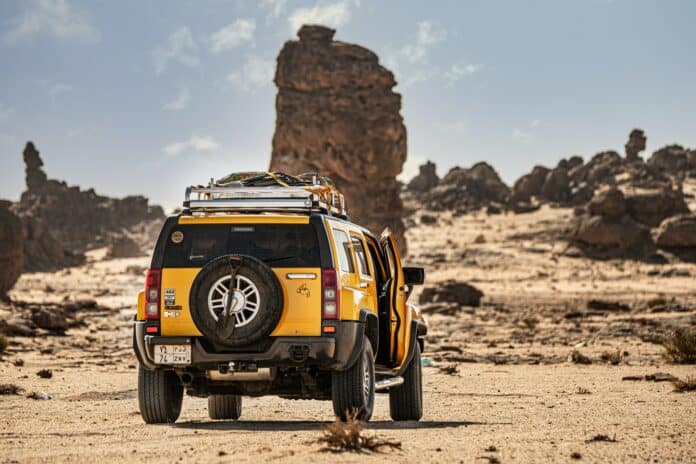 Diesel might have fallen out of popularity in the new car market, but there’s a lot to be said for it when buying used.

The future looks bleak for diesel. Sales were 75% lower in 2021 than they were in 2020, and they’re even outsold by electric vehicles these days.

But diesel can still make a great deal of sense, especially if you’re shopping for an SUV. Their combination of low-down pulling power and impressive fuel economy means that they make short work out of pulling a large, heavy vehicle while not costing the earth to run.

If you’re browsing used cars for sale built in the last few years, diesel’s popularity and fitness for purpose means you might actually struggle to find any SUVs that aren’t powered by the black pump.

The fact is that while turbocharged petrol, hybrid or electric SUVs are improving, a used diesel SUV is still a very sensible purchase. Here are some we think are well worth looking into.

Though it’s not as luxurious as the full-sized Discovery, the Discovery Sport makes a great case for itself. It’s attractive, well thought-out and practical, especially with a third row of seats providing useful if cramped accommodation for two occasional extra passengers.

Equipment is generous on all models and with the exception of some early models suffering reliability problems the diesel engines have been the ones to go for throughout the Discovery Sport’s life. Opt for a model with four-wheel drive and you’ll have a seriously accomplished off-roader, too - though it’s one of Land Rover’s more road-biased models it’ll still show a clean pair of heels to most SUVs on the rough stuff.

The 5008 is ideal as a car for large families. Not only is it a seven-seater but the middle row is made up of three individual chairs, making it possible to fit three child seats alongside each other - that’s quite rare.

1.5-litre and 2.0-litre diesels are available, though the larger unit isn’t really worth the premium despite being more powerful. All models come with plenty of equipment including Apple CarPlay and Android Auto, and you get a high-tech ‘i-Cockpit’ instrument layout that makes the cabin feel very fresh.

The Rexton has proved popular over the years with those who need to tow - caravans, boats, horse boxes, car trailers, etcetera. That’s thanks to a relatively low entry price, high weight and impressive towing limit of 3,500kg. And it’s a job that can only properly be done by a diesel engine.

All Rextons come with bags of equipment and are surprisingly good to drive considering their rather antiquated underpinnings. And SsangYong offers a long warranty, so a used model may even have some protection left on it.

The Tiguan is a perennial favourite and it’s not too hard to see why. It feels high-quality, it’s not bad to drive and for many the draw of that German badge is too much to pass up.

Diesel models are powered by Volkswagen’s hardworking 2.0-litre TDI, which has been around for many years and remains one of the most flexible engines in its class. Pair it with a seven-speed automatic gearbox and you’ll have a car that’s relaxing to drive in crowded cities and efficient on long journeys too.

If safety is your concern then definitely look into the Volvo XC60 - with a five-star crash test rating from Euro NCAP and a raft of standard safety equipment it’s one of the very best family cars in a crash situation.

It’s also particularly classy, with discreet and handsome styling and a high-quality interior. The 2.0-litre diesel engines are all reasonably powerful and efficient, and as long as you steer clear of models with particularly large alloy wheels they’re comfortable to ride in too.