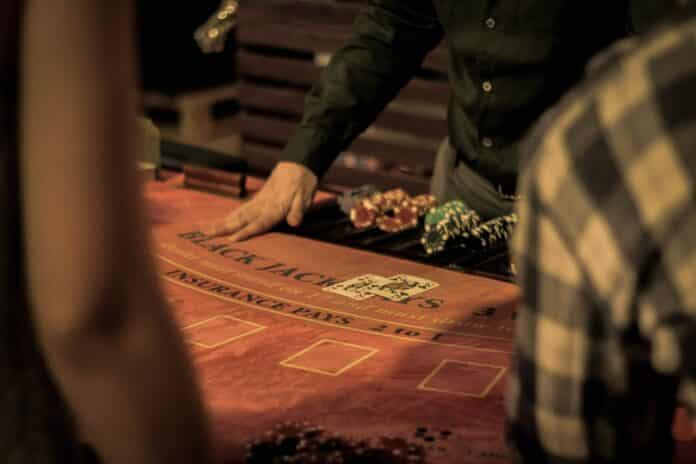 Many people associate globalization with governmental policy, international treaties, immigration, and major businesses when they hear globalization. The world's connectedness is frequently not in boardrooms but in virtual spaces that can be accessed anywhere.

Massively Multiplayer Online (MMO) video games and pay n play casinos have revolutionized how we communicate, make friends, and build communities because they enable individuals to connect and mingle virtually and without boundaries. For one thing, it's fascinating to see how participants put and create value on digital products and services in these rapidly globalized networks.

Innovative business tactics that allow participation from all over the globe have been at the forefront of online games such as online casinos with a touch of MMOs. This has varied from gamers wanting to trade virtual items for real-world dollars to huge corporations creating new business models.

The online casino enterprise is one of the few that has evolved so quickly and continuously. Gamers have been able to take part in unprecedented growth, both in terms of diversity and stakes, since the early days of the internet, as well as substantial changes to the gaming itself.

Players and computer croupiers alike are fueled by the same sensation of thrill and suspense that has made these games so popular across the world. New games and websites constantly spring up and compete for users' attention.

Now, the Pay n Play Casino has the potential to revolutionize the player experience and the site's capacity to grab the first wave of interest before cumbersome sign-up procedures weaken it.

It's probable that the last time an online casino grabbed your interest, you were requested to supply a wide range of personal information, from your name and age to your email address and phone number.

Even though verification is essential, this practice is likely to deter a considerable proportion of potential customers from signing up with casinos. It is archaic, sluggish, and tedious in the eyes of clients who have undoubtedly gone through the same process several times.

In What Ways Does Pay N Play Work?

With a Trustly Bank ID, customers may pay online without the same hassles and hazards of direct customer-to-vendor transactions while also saving time and money on the transaction process.

Select casinos can certify players' identities using this same Bank ID, which may provide any relevant personal data to the site with minimum effort from the player, thanks to the collaboration with specific authorities.

The casino creates an account on their behalf, and they need to pick an initial deposit amount and start playing much faster than a standard registration procedure would allow.

It is a win-win scenario for both the online casino and its customers. The cumbersome registration forms are alleviated, the KYC standards are circumvented, and the whole process is streamlined to allow more gaming time.

When it comes to attracting and keeping customers, there is a lot of rivalry amongst online casinos. While new streaming services and Pay n Play services were being developed, it was evident that ease, simplicity, and prompt admittance were at the forefront of the gaming business.

Online casinos continue to attract players worldwide because of their potential to get to know them and what they want out of their casino gameplay experience, even as the next generation of gaming consoles enters the market in 2022. Casino game developers also utilize more compelling technology ever to enhance their services.

Playing the System to the Limit

Some game design features shifted along with the transition from packaged commodities to online services in the early days of video games. Developing long-term engagements for clients needed new revenue models to be established for online games.

Early video and online casino games relied on the random distribution of "Loot Boxes" to motivate and reward players, but they were not related to commercialization.

Some publishers may profit from the commercialization of these randomly generated game assets by selling them as microtransactions. This behavior may be categorized as gambling if taken to the extreme. Most successful "Free to Play" games concentrate on rewarding their most loyal players by giving them the ability to speed up their progress.

Unfortunately, this may irritate some players, leading to a lack of willingness to pay, placing the onus of supporting the game's income sources on a small segment of the player population. Intimidating and stratifying the player base may be made worse by a system that rewards high-spending players.

So, what do the players enjoy? It comes out that the virtual world is just like the actual world. Collecting and personalizing digital assets, such as skins and avatars, is a popular pastime among gamers. The cosmetics industry alone is estimated to be worth $40 billion annually and continues to expand.

The addition of blockchain to the world of paid in-game cosmetics and virtual goods may spur the development of new economic principles for the iGaming industry. This model is likely to be dominated by NFTs and give players possession over their purchase decisions while sharing resale revenue with programmers and adding economic benefit to the online casino gaming community.

How Investors Will Be Affected

In contrast to many investors, knowledgeable industry participants will watch younger, more agile organizations observe how they work before deciding whether or not to participate in these new market techniques. This sort of investor is likely to sit and wait, allowing the independents to take risks and confirm proof of ideas before deciding whether or not to take a position. They like to wait until the new models have been proven successful before purchasing them.

This is a once-in-a-lifetime chance for entrepreneurs, independent developers, and investors to get in on the first floor. Blockchain software can open up creator-based economies and propel development to previously unimaginable heights. Cryptoeconomics offers the potential to allow gamers to contribute to the profitability of their favorite casino games.

There is a lot of speculation about what will occur in the next few months in the field of crypto and NFT. It's very uncommon for investors and developers to look at the next three to five years as the 'make or break' era for this technology and the new revenue streams that come along with it. The blockchain-enabled open economies sector, which is nearing $200 billion in sales, might develop rapidly if high-quality online pay n play casino games are released.

Gamers and online casinos alike are fueled by the same sensation of thrill and suspense that has made these games so popular across the world. New games and websites constantly spring up and compete for users' attention.