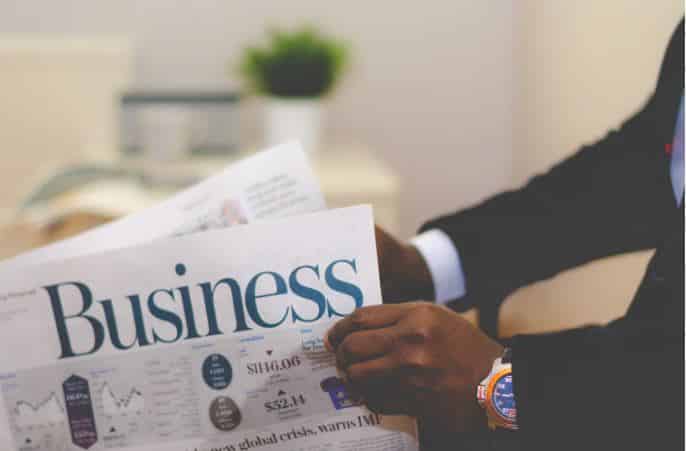 Today, silver has become one favorite trading instrument for many traders in the financial market. If you are looking for a surefire way to protect a portfolio during economic crises, trading silver is your best bet. In this piece, we shall be looking at the silver contract for differences (CFDs) trading and how to trade the instrument like a pro.

There is increasing popularity of trading silver because of the numerous benefits that come with trading the metal. As a result, a lot of traders' attention has been directed towards silver trading using Contract for Differences (CFDs).

While you have a choice of ETFs, Futures, and several others for silver trading, this article shines lights on the CFDs trading. At its inception within the early 1990s, CFDs were restricted to hedge funds and large institutional traders. Reacting to the increase in demand for CFDs, the CFDs providers introduced products like global stocks, commodities, bonds, and currencies, which were not initially listed on the London stock exchange — hence expanding their services to other countries in the world.

Trading silver using CFDs has found usefulness among many traders. It offers a convenient way to profit from an increase in price without the worries of storing the physical metal. Silver is a great trading tool, and it differs from other metals in some unique aspects. In contrast, almost all the gold that has ever been mined still exists in various forms as jewelry, and other items. In contrast, there is very little silver left of what has been mined. This drop is as it gets used up in many different industrial processes (industrial photography, computers and solar power)-applications, which reduces the overall supply.

Records show that more than 75% of freshly mined silver is used in industries, and there are new uses for silver found every day. Unlike gold, silver is no longer retained as part of central bank reserves. The silver price fell with the end of chemical-based photography and has only just begun to recover (and it has at least some psychological attraction that platinum doesn't have). All attempts to monetize platinum have failed. Technological developments will reduce platinum demand while at the same time, nanotechnology will boost silver demand.

What is silver CFDs

CFDs are traded between individuals and providers of CFDs. They are not standardized as every provider has its contract terms; however, they share many things in common. CFDs have a direct link to the market value of the underlying asset; they are a reflection of the market change in the price of the asset. Therefore, acquiring a CFDs is not the same as buying the underlying asset.

A silver CFDs is a logical method to buy or sell a specific amount of silver where the change in the price of the metal determines the profit or loss of the contract. As with all CFDs, the silver CFDs is a derivative; hence you can significantly profit from it without having to deal with taking ownership of the silver. One primary advantage of a contract for difference is that it costs the trader only a margin of the amount they'll need to buy the silver.

How to trade silver CFDs

If you use contracts for difference to trade silver, you will find that it is incredibly efficient. The margin requirement, the price it cost you to enter a trade, can go as little as 0.5%, offering you the leverage of 200 to 1 on your money. Trading commodities in the futures market is limited because you may only get leverage of 25 to 1; this makes the CFDs a more effective way to trade, which is more straightforward and accessible.

Using the contract for difference, you can trade in a short or long position and maximize profits either way. By doing so, it is as easy to profit from a fall in value from a rise so that you can make money during periods of price consolidation. Your original cost of trading is in the spread, which makes it easy to understand.

How to purchase silver CFDs

Irrespective of the size of the CFDs contract, the profit or loss that you make comes directly from the change in the value of that amount of silver. Margin payment of as little as 3% of the actual value may be required. Interest is incurred for every day that the trader holds onto the CFDs as if he'd borrowed the money from the broker to purchase the full amount. If the price goes down, and the trader has a long position, the trader may also get a margin call — a request from the CFDs provider to deposit funds to cover the trader's losses to date.

For example, if you take a contract for difference for a long position in silver, anticipating that the price rises. You may be quoted 30.50- 30.57. With the contract for difference, as against futures, you will not be restricted to the lot size. One long contract on 700 ounces lot size may be worth $15,000. Consequently, the margin requirement varies from broker to broker and could be as small as $100.

It is worthy of note that leverage can work against you, and if the price moves in an unfavorable direction, you could be facing a margin call from your broker to make up your losses. Therefore, it's vital that you equip yourself with adequate knowledge about CFDs, and make sure that you minimize losses as much as possible.

Silver CFDs what is one pip

In silver CFDs, a pip is a minimum amount by which the silver (as an asset) needs to change in value before the contract for difference (CFDs) changes in value. Usual expressed as a decimal; for example, $0.01 a pip would mean that if you buy a silver CFDs at $2.00, a price movement of $2.01 or $1.99 equals one pip.

While trading silver looks to be stable, investment demand can vary. From mitigating risk to bet on industrial-strength in the global economy, investment demand, and diminishing supply, the benefits of purchasing silver keep coming. However, trading silver CFDs calls for discipline as it does with other forms of trading. You'd want to look out for a CFDs broker with features that meet your trading style and goals.

Essential Things You Need to Know About the UA...

What do you know aout Invoice Financing for Im...