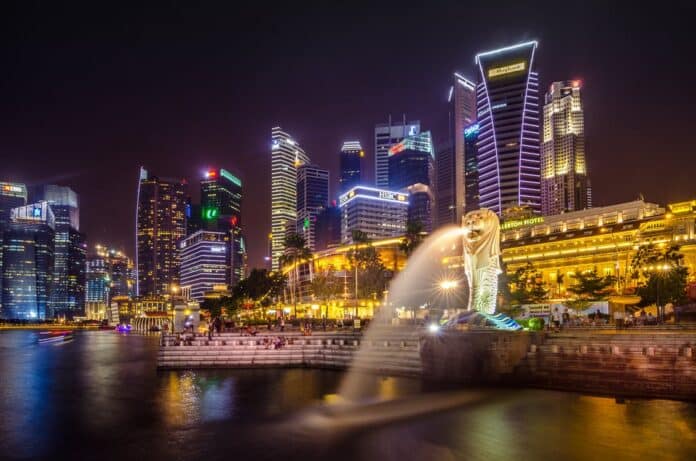 Singapore is becoming a smart city through technological advancements. As a result, city-states have become more innovative and efficient over the past decade. Singapore's smart city initiatives, digital national identity system, and virtual, 3-D digital model are just some of the many smart city initiatives the country has implemented. In fact, it is one of the leading and most progressive cities in the world when it comes to creating a better urban environment. Furthermore, cities create innovative ecosystems that put citizens at the center of their processes.

We must dream and imagine bigger things as the digital era evolves rapidly, so we can realize what it truly means to live in a Smart Nation with endless possibilities.

Smart Nation Sensor Platform assists government agencies in gathering and analyzing data from many sensors and data sources. As a result, citizens will gradually benefit from an improved city planning process and better public service delivery. With FAST, consumers and businesses will be able to transfer funds in real-time. Meanwhile, 'LifeSG (Previously Moments of Life)' puts citizens at the heart of the government's digital services.

The city-state aims to develop self-driving cars as one of its top priorities. Air pollution and congestion will reduce with these vehicles, which will also free up road space for greener alternatives. Government incentives have been offered to help start-ups develop autonomous cars. Singapore has already benefited from these developments by remaining competitive in the global smart city arena. There is no way to predict whether autonomous automobiles will replace human drivers in the future since they are still in their infancy.

The Singapore government has worked to deliver people-centric and collaborative models. Moreover, the government supports every new IT Services Company in Singapore that tends to do something for the nation. Health City Novena is one example of a community-focused healthcare project.

A healthcare environment with a strong focus on innovation has been established in Singapore to ensure quality medical care. Healthier populations translate into more resilient workforces and citizens. Authorities have established healthcare facilities for the elderly, using various technologies, including remote monitoring devices and digital service platforms.

Singapore also boasts more than half a million police surveillance cameras and a web-based police portal, making it one of the world's safest cities (Safe Cities Index 2019). Indicators of 'smart' cities include urban safety and technological resiliency levels. Again, Singapore ranks highly in this regard.

A smart city's transportation system is another significant component. Singapore's infrastructure is becoming increasingly smart and efficient, even as many technologies are still not reaching their full potential. The Land Transit Authority has extended a pilot autonomous vehicle program in western Singapore. Designing mobility in a way that fosters resilience is essential. A smart city is also built on a solid infrastructure.

Another critical aspect of the city is its transportation system. The city has a highly advanced public transport system for travelers' convenience, including autonomous buses and trains. These tools simplify citizens' lives. For example, the nation's transit system can predict where and when buses will break down using predictive AI. In addition, they are developing electric vehicles are being developed.

Automated vehicles will make city transportation more efficient. Five years from now, the city will have autonomous vehicles in every city. Public vehicles will also be equipped with intelligent sensors. These technologies will make cities' infrastructure more efficient. Besides improving these factors, a smarter infrastructure will also benefit the lives of citizens. Thus, the island state is, by definition, a Smart City.

The new technologies that make Singapore a smart city change how people live there. A smart transportation system that is equipped with smart sensors makes Singapore a smart city. The community has applied 'smart' technology to its health as well as to its transportation system. In addition, there have been improvements to the security of public housing. Public housing accounts for 80 percent of the city's population.

A variety of Robot Workers

Robotics has become a big part of Singapore's workforce in recent years. In fact, the country now ranks among the nations with the highest proportion of robot workers. There are also developed robots that will provide therapy for the elderly and industrial robots. In addition to automation in the sphere of medicine, automated medication dispensers are now being introduced to pharmacies.

Comfort is integral to smart living. Singapore is moving towards a cashless payment system to get rid of carrying cash and standing in long lines at ATMs.

Singaporeans can now pay at restaurants and retail shops via QR codes using only their smartphones. Additionally, there are a variety of bank wallet apps available, including NETSPay, DBS PayLah!, UOB Mighty, and OCBC Pay Anyone.

Cashless payments will eventually lead to people no longer carrying cash. With e-payments, not only will muggers be rendered obsolete after a few years, but illegal trade that relies on cash will also be reduced.

Electronic payments and cashless payment methods are now common in most parts of the country. In this way, Singapore is moving closer to becoming cashless.

Streets that are smart

Smarter streets in Singapore are being made by installing lamp posts that illuminate the streets and contribute to the inhabitants' well-being. With sensors and analysis systems, these lampposts can monitor changes in the environment, including rainfall, temperature, and humidity. Additionally, sensors will be able to detect loud sounds like car crashes and screams. Boosting street safety will also be possible with face-recognition sensors.

Learning how to be smart

The use of artificial intelligence to educate Singaporeans under its TechSkills Accelerator program. Two initiatives - AI for Everyone and AI for Industry - led by AI Singapore - aim to upskill 12,000 professionals and students.

The government encourages citizens to become part of the change for the city to become "digitally ready" and actively leads this movement.

To name a few hi-tech innovations, Singapore has a Smart National Sensor Platform, a digital national identity system, and Virtual Singapore, an interactive 3D model of the city that can be used for simulations and planning.

In all, it won't be wrong to say that with the vision of the Singaporean government and with the help of its citizens, Singapore has truly transformed into a Smart City, and the country is making every effort to transform its other cities too.